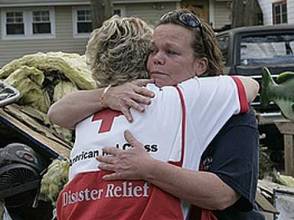 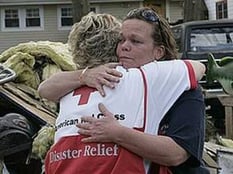 This past year, Mother Nature presented us with floods, earthquakes and volcanic eruptions the wreaked havoc across the globe. However, amidst all of the tragedy that came from these natural disasters there was a silver lining. For it is only during times of such tragedy that people are able to show their full potential in their willingness to help a fellow man.

Assistance, both financial and physical, was unprecedented as individuals, businesses, foundations and volunteer groups donated millions of dollars to fund relief efforts. And although there is nothing novel about an outpouring of support in the wake of a natural disaster, the medium through which people provided aid was very different than in years past.

According to the Mobile Giving Foundation, Americans used their cell phones to send text messages in which they pledged more than $30 million for Haitian relief efforts in the less than 10 days.

The vast use of cell phone giving was noted by the Pew Research Center and was included in a breakdown of the overall donations made to help Haiti. According the center, 14 percent of donors said they gave money via text message, compared to 12 percent that donated by telephone.

So why are so many people turning to cell phones during times of crisis?

Timing is everything when confronting a natural disaster and every minute that passes is crucial to the relief and speedy recovery of any given area. Therefore, it makes sense that the most effective way to communicate with the public regarding disaster relief is with the one thing most people always have with them; their cell phone.

Call-Em-All has proven to be an extremely useful tool in a number of dire situations across the country, most recently in Nashville and New Jersey following severe flooding. Call-Em-All’s emergency notification system was an effective and efficient way to organize and mobilize hundreds of volunteers by instantly directing people where and when they could report to offer their help.

In the midst of chaos and disaster, text and voice messaging systems have the potential to inform and unite an infinite number of people almost instantly, and in turn get the ball rolling on recovery faster than ever before.