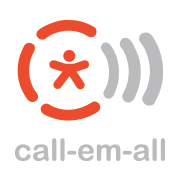 "RoboCalls" is such a dirty word these days. We've never really identified with the term ourselves, more so, we like to say that we are in the "call people that want to be called" business. Many people see robocalls as a word that describes the exact opposite of what we at Call-Em-All think of our service. Robocalls are the calls you get about debt refinancing, credit card offers, cruise deals and Walmart gift cards from people you've never heard of or done business with before.

The FTC recognized that Call-Em-All has the desire, and works hard, to provide a legitimate service that provides automated voice broadcasts to individuals and businesses who need to be able to communicate via voice messages. Not long after the FTC announced their RoboCalls FTC Summit, they reached out to us with the hope that we would participate to give a perspective on how technology is changing telecommunications and to be the voice of a company trying to do things the right way.

Call-Em-All President, Brad Herrmann is making the journey to the nation's capital and speaking on the panel "How have technological changes affected the telecommunications industry, including entities that want to make automated calls?". The panel is estimated to begin at 10:10 EDT, and you can watch it live via the FTC live stream. We encourage you, if you have the time, to tune into as much of the FTC summit as possible.

We'll be active @CallEmAll and making updates to Facebook  and here on our blog throughout the entire summit.